In 1902, a man named Clement Wragge aimed a cannon at the sky in Queensland, Australia and hoped for rain. Wragge was a visionary freak among meteorologists — orphaned at the age of five, he was trained in cosmology and meteorology by his grandmother and would later become quite interested in spiritualism. By most accounts, he was a foul-mouthed, short-tempered man, with a turbulent personal life and an unlikely relationship with Brigham Young, but today he’s generally regarded as one of the more influential figures in weather forecasting.

He began his career in Staffordshire, England and went on to establish observatories across Queensland, Australia, publishing daily weather reports, synoptic charts, and long-term forecasts until he was appointed Government Meteorologist for Queensland in 1887. By the time he aimed that cannon at the sky, Australia was in the grips of the Federation Drought, which lasted 1895 to 1903 and is generally regarded as the worst in the country’s history. Livestock were dying in droves, people were growing desperate, and the government declared a national day of “prayer and humiliation.” This frustrated Wragge, who exhorted the public to “pray less and dam more,” by which he meant working to conserve water. Eventually, Wragge took matters into his own hands and turned to a new invention known as the Steiger Vortex Gun.

The guns were enormous, oddly elegant things that looked a bit like a prehistoric trombone. They had been used across Europe in order to prevent hail damage to crops — the guns would be fired, it would rain, and the threat of hail would dissipate. They failed in Australia that year though, exploding and nearly injuring onlookers. This would mark the beginning of the end for Wragge’s career; he resigned two years later after his funding was decreased. “There is a mysterious element in that man’s nature impelling him to seek the unobtainable,” the Brisbane Courier mused, as he was exiting the scene.

Wragge retired to New Zealand and doubled down on spiritualism, but he remains famous for being the man who began naming hurricanes after people — often politicians he disliked. Before, they had sometimes been named after saints, but Wragge formalized the practice — although it fell out of fashion after he split ways with the Australian government.

The convention of naming hurricanes was revived in the United States in 1953, in an effort to raise public awareness of storms and make it easier for reporters to reference them. Initially they were named after women, often the wives or ex-girlfriends of meteorologists, until 1978, when men’s names were finally added to the official list. In their FAQ section, the National Hurricane Center makes it clear that you cannot request to have a tropical disturbance named after you — in case you were considering bribery — but you can see the full list of upcoming names here.

There’s debate over whether other natural disasters should be formally named, but there is something about hurricanes that seems to require a personal relationship. It may be the length of time it takes them to arrive — they tend to appear in the Gulf and the Caribbean early in the season, but many of the strongest hurricanes begin as thunderstorms that move off the coast of Africa and across the Atlantic, gathering strength as they make their way across warm, late summer water. If you keep an eye on the Atlantic Basin, you can see them a week or two away, a slight disturbance that will turn into a monster by the time it reaches your home.

Hurricane season officially begins on June 1, although the World Meteorological Organization begins issuing its hurricane bulletins on May 15. Some scientists believe the season is growing longer, although whether that’s the case is inconclusive. Storms are definitely growing more intense, however; they’ve increased in ferocity and size as climate change has raised ocean temperatures.

Scientists aren’t yet quite sure why, but hurricanes have also been moving more slowly, which means they can cause significantly more damage when they arrive on land. Hurricane Dorian, for example, was effectively motionless over the Bahamas — moving at 1 mph, while internal winds of 185 mph chewed up the landscape. The Saffir-Simpson Hurricane Wind Scale, by which we measure storms, only goes up to Category 5, but scientists have argued that a hurricane like Dorian qualifies as a Category 6. Researchers are currently building a new facility to simulate the strongest hurricanes, so that engineers are better able to build infrastructure that can withstand them.

The last two hurricane seasons were particularly active — 2020’s season set a record with 30 named storms and 2021 came up not far behind it, with 21 named storms. Colorado State University released their hurricane outlook in April and, unfortunately, it looks to be similarly active — forecasters are predicting 19 named storms this year, five more than the 30 year average. Nick Shay, a professor of oceanography at the University of Miami, wrote in The Conversation that the Loop Current, which carries warm water from the Caribbean into the Gulf of Mexico and can “supercharge some of those storms,” has moved further North in a pattern similar to the year Hurricane Katrina hit.

We have tried to stop hurricanes for years, but even a nuke doesn’t measure up to the force of that kind of weather. According to the Tampa Bay Times, NOAA’s Atlantic Hurricane Research Division has fielded all manner of suggestions including,

“…dragging icebergs into the Gulf, purposely creating oil slicks in a storm’s path, using 747 Supertankers to dump liquid nitrogen on a hurricane from above, giant fans to blow a hurricane away. The U.S. government actually tried seeding hurricanes with dry ice or silver iodide for decades. The results were inconclusive.”

More recently, a Norwegian company suggested sending out tankers to surround a storm and pump cold water into the Gulf.

Ultimately, the best thing to do when faced with a hurricane is to get out of the way, if possible. Plan an evacuation route ahead of time, identify shelters, and keep an emergency kit handy. Leaving home isn’t cheap though, and even when a hurricane dissipates or shifts course, evacuation orders often present a major financial burden for the most vulnerable.

A recent investigation by Politico shows FEMA flood grants overwhelmingly going to wealthy homeowners and communities, but organizations like Flood Defenders are working to connect those vulnerable and you can check your home’s flood risk here. 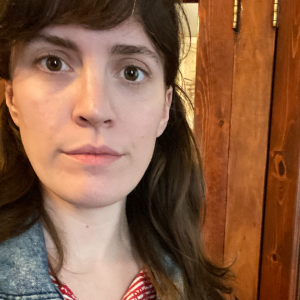