Hurricane Ian knocked out electricity for 2.67 million in Florida, flooding homes and businesses across the state, after making landfall as one of the strongest storms to ever impact the United States.

As it moved out of Florida, the storm caused massive damage — even central cities like Orlando saw unprecedented flooding. Ian is shaping up to possibly be one of the costliest storms in Florida’s history.

The storm was downgraded to a tropical storm as it left Florida’s east coast, however, Ian has since been re-upgraded to a category 1 hurricane as it crossed the Atlantic and headed toward Georgia and South Carolina.

Dan Allers, a council member in Fort Myers Beach, described the state of his community post-storm as “total devastation.”

He told journalists he estimates nearly 90 percent of the island is gone, including homes and long-standing businesses.

A third landfall is now expected near Charleston, South Carolina on Friday afternoon, where the national weather service warns of “life-threatening storm surges.” Ian will bring heavy rain through the mid-Atlantic region into the weekend.

Ian underwent rapid intensification before making landfall in Florida — a phenomenon where a storm’s wind speeds increase by around 35 MPH in a 24-hour period. Human-induced climate change has made rapid intensification significantly more common over the past few years for two reasons: warming oceans and excess water in the atmosphere.

As recovery unfolds in Florida over the next few days, we will get a clearer picture of the scope of damage and loss. Rescue crews are just beginning the process of rescuing people to safety. As of Thursday afternoon, more than 500 people have been rescued from Florida’s Lee and Charlotte counties, according to the Division of Emergency Management’s Twitter.

Until the threat of Hurricane Ian is over, Glenn Schwartz will publish his Hurricane newsletter — Currently in the Atlantic — twice a day; subscribe for in-depth forecasts. Through the duration of the storm Currently is also offering our text a meteorologist service for free.

While the full scope of Ian’s destruction is still unclear, Floridians have begun recovery efforts. Crowdsource Rescue, a nonprofit rescue network, has a map showing where people need to be rescued along the west coast of Florida. It also has markers representing those who need food and water supplies. Others have turned to social media for rescue for themselves or their loved ones in hard-hit areas.

Now, the storm is expected to head North, reaching Georgia and South Carolina as soon as Thursday afternoon. By Friday afternoon, residents in the states of North Carolina, Kentucky, Virginia, and West Virginia should begin preparing their homes for the storm. 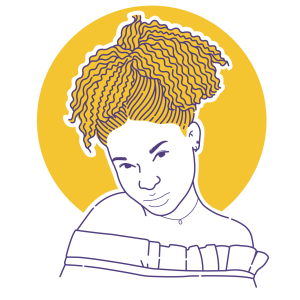