A housing crisis, mixed with the location of farmwork and frontline jobs that attract Latino residents, particularly migrant workers, have put the community at greater risk of being impacted by wildfires, California activists and experts say.

According to reporting by Politico, which analyzed data from risQ, “The Latino population makes up about 18 percent of the U.S. but represents 37 percent of the people who live in the areas that risQ identified as facing the most extreme wildfire risks.”

José Trinidad Castañeda, a climate activist in Orange County who serves as the Beautification and Environmental Commissioner for the city of Buena Park, says that in order to address the wildfire issue, California must address its housing crisis.

“Climate does not discriminate, but our housing crisis has,” said Trinidad Castañeda.

Trinidad Castañeda said that many members of his family have continually moved farther toward the desert and more rural regions which are more susceptible to wildfires.

Homes in wildfire-prone areas are cheaper than homes in safer areas, and this has only worsened during the pandemic. Trinidad Castañeda said that many Latinos he knows spend hours commuting to get to work.

“People who make what used to be solid middle income salaries — like teachers and firefighters, people that you want and need to live in a community — can’t afford housing, and so they have migrated farther and farther inland,” said Ramirez. ”It’s sort of a ripple effect of making it increasingly more expensive for families with low paying jobs to have a foothold on the American dream.”

She said that the issues surrounding wildfires are one of the most significant public health crises people face, including the obvious effects of fires such as evacuation, loss of homes and poor air quality, which exacerbates other respiratory illnesses. But other harmful effects, albeit less obvious, can include the loss of school days and time spent outside.

“The counties that face really high risks of wildfires also have happened to have a large proportion of Latinos. These are rural and agricultural regions where Latinos work in the fields where they harvest produce or in meat processing plants,” Ramirez said.

Wildfires are already raging in the West, and scientists are expecting it to be one of the worst seasons yet. Climate change-fueled droughts and record-breaking heat waves have heightened the risk of fires.

“​​There’s so much exploitation in our communities, especially in the Latino farmworker communities in places like Sonoma and Central Valley,” said Chernyak. “These are the communities that fed us through the pandemic, literally made sure we had food on our tables. We all talk about how Latinos were essential, but when are we actually going to treat them as such? When are we going to actually prioritize them?”

Indira López, the program director for UpValley Family Centers, a community resource center in Napa Valley, said that while it is upsetting to see the disparities between her Latino community members and the tourists who visit, the strength and generosity from her community keeps her afloat.

“It’s a beautiful place where tourists come and enjoy themselves, and they come to the wine industry. But underneath, there is another reality, which is the reality of the workers. The disparities and inequalities that still affect people living here,” said López “The other part is the beauty of the people and how despite the circumstances, they find a way to help each other.”

While solving the housing crisis would be the ideal solution, many community leaders said they first need information in Spanish and other native languages to be spread through trusted sources. And community members who may be undocumented need to know that they are safe while seeking assistance.

Angie Sanchez is a community leader in Sonoma who previously worked with Corazon and La Luz Center, two Latino community organizations. She is now starting her own community nonprofit called Vida, which translates to Life.

Through her work, she’s seen that the best results come from active community engagement, and the best people to do that work are folks already embedded in the community, Sanchez said.

“I think the number one thing is outreach and engaging the community. We should not wait for individuals to come to us when the disaster is already happening. We need to be more preventive.”

Latino Community Foundation’s Chernyak said that during the last wildfire, the group’s staff visited evacuation sites in Sonoma and saw what the opposite of effective disaster relief for Latino folks looked like.

“They did not have signage in Spanish, they did not have bilingual staff and there was a police officer there for security. [My coworker] saw people sitting in the parking lot, afraid to go in and didn’t know what to do,” Chernyak said.

The people most effective at reaching the most vulnerable are the people who are deeply embedded in the community like these organizers, she said.

“They are so closely connected to the issues because they are the community. So when crisis hits, they are the first responders. They are the ones to give people information resources to organize folks.”

Both Sanchez and López said that they have worked on emergency wildfire response. They brought laptops and supplies with them while they were being evacuated from their own homes.

“The Latino community is the most resilient group of individuals that I know. I love that during any type of emergency, everybody comes together as a community, as a family. Everybody’s there for one another,” Sanchez said. 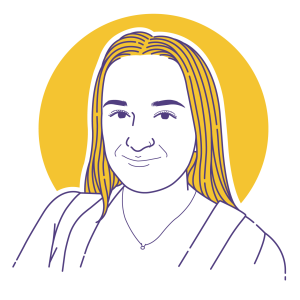 Abbie is Currently’s Editor in Chief. She manages Currently’s online publication and newsletters. She also writes stories for Currently— working to connect extreme weather to the climate crisis, and telling stories about how climate affects communities. She has a bachelor's degree in environmental studies and communications from American University Border Patrol’s Answer To Climate Change Is Robot Dogs. And, It’s The Wrong One May heatwave breaks records across the US Beyond Doomscrolling and into Action

We need to stop debating which methods are going to work and realize we need to build a whole ecosystem of change-making. I’ve worked in